Sam Vance, Farewell and Thank You! 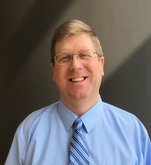 Sam Vance, MHA, LP has been part of the EIIC since December 2017. However, Sam has a much deeper and significant history with the Emergency Services for Children program. His first experience with the program began in St. Louis, Missouri as the Prehospital Outreach Coordinator for St. Louis Children’s Hospital and served on the Missouri EMSC Advisory Committee from 2009 – 2013. Continuing in his role as outreach coordinator, his work with EMSC soon crossed the Missouri-Illinois border to partner with Evelyn Lyons and the Illinois EMSC Program on various projects. Texas was fortunate to have him as the State Partnership Program Manager from 2013-2016. Sam extended the reach of the Texas EMSC program by making it one of the first states to have several FAN representatives. While part of the Texas EMSC Program, Sam also served one term as Secretary of the NASEMSO Pediatric Emergency Care Council.

He returned to the EMSC program as Senior Project Manager in late 2017 and was promoted to Lead Project Manager for the State Partnership Grantees early in 2019. In that time, Sam has led the Prehospital Domain developing strategies to minimize disparities in pediatric emergencies in the prehospital and hospital-based settings and lead the Prehospital Pediatric Emergency Care Coordinator Learning Collaborative (PECCLC). He has also co-lead the State Partnership Domain developing strategies to address the needs of the EMSC State Partnership grantees. Sam has been the tireless EIIC/EMSC liaison to numerous federal and national organizations with the goal of integrating the needs of children into the national emergency care agenda in both the prehospital and hospital-based settings.

All of his many contributions have supported significant improvements nationally in emergency care and coordination for children across the continuum of care. Sam leaves the EIIC in mid-October to become the Bureau Chief of the Bureau of Emergency Medical Services, Department of Health and Senior Services for the State of Missouri. He promises to continue to advocate for the EMSC program in his new role. We thank you Sam, for your dedication and many contributions.