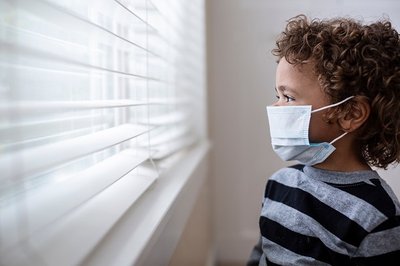 When the world shut down due to COVID-19, families lost access to resources and children had fewer interactions with adults outside their homes. As normal routines disappeared, the stress and isolation seemed like a set up for increased child abuse. But on the other hand, families were together, potentially with more caregivers reliably around, and some may not have had the same day-to-day pressures. In addition, many families received governmental help. Could this have reduced physical abuse?

So did physical abuse actually increase or decrease during the pandemic? To answer this, Barbara Chaiyachati, MD, PhD, and colleagues at the Pediatric Emergency Care Applied Research Network (PECARN) looked at over 1.5 million ED encounters at nine children's hospitals between January 1, 2018 - March 31, 2021, using the PECARN registry. They found approximately 10,000 visits for possible abuse. They also used several methods to describe the severity of encounters such as injury severity and hospital disposition. 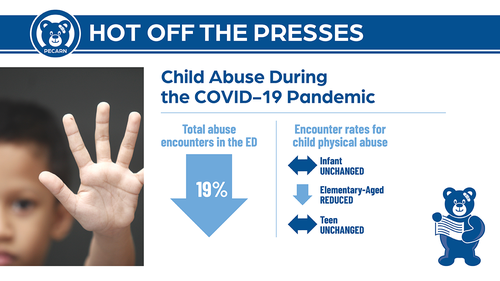 Because it is difficult to identify encounters for abuse in hospital records, they used three methods:

What does this mean? It is possible abuse did truly occur less often because there were novel protective factors during the pandemic, such as more caregivers at home, financial resources for families in need, or other factors. Or maybe abuse occurred as frequently or even more often—but it was not identified and reported. School personnel are typically the most common reporting source, and it is easy to imagine that interactions may have been different, particularly during periods of virtual schooling.

“The more severe child physical abuse that required emergency attention related to severe injuries did not change because people had to seek attention for those injuries – but we know that harm does not always mean injuries that require emergency care,” says Julia Magaña, MD, co-chair of the PECARN Dissemination Working Group. “Further studies are needed to sort out what this all means, but for now we know less severe abuse identified in the ED occurred less frequently, but more severe physical abuse did not change during the pandemic.”

“These results demonstrate important nuances in our efforts to understand occurrence of child abuse during the pandemic,” adds Chaiyachati. “Our hope is that this research leads to further investigation, and, as a result, may help inform appropriate interventions for at-risk children.”