National Preparedness Month: Ensuring children are part of the equation 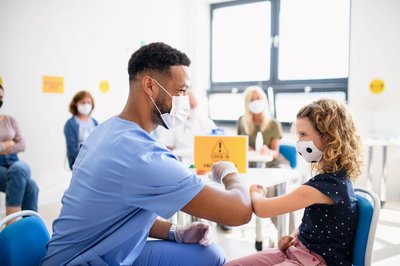 In disasters and emergencies, preparation at every level – from a family creating an emergency plan to hospital staff practicing disaster-response drills – adds up to better outcomes when crisis strikes.

But children’s needs aren’t always part of that equation: in 2013, the National Pediatric Readiness Project assessment found that only 47% of emergency departments have disaster plans that address children.

The domain and EIIC as a whole are key partners in the Pediatric Pandemic Network, which aims to turn children’s hospitals into regional hubs for pediatric disaster-related information, education, and resources, with support from diverse partners and participants. The network was inspired in part by the COVID-19 pandemic, which has underscored the need for a more coordinated and equitable approach to caring for children during major health emergencies.

“PPN ensures pediatric experts aren’t operating in echo chambers by bringing together children’s hospitals, academic institutions, and regional and national organizations,” says Charles Macias, MD, MPH, a co-principal investigator for EIIC and PPN. “We want everyone who cares for kids, whether in emergency departments, ambulances, schools, or homes, to have the knowledge and tools to address all children’s needs when planning for, responding to, and recovering from crises.”

Beginning Sept. 1, the network will expand to include five more children’s hospital hubs and their communities. Through that growth, and through PPN’s partnerships with EIIC and the Pediatric Disaster Centers of Excellence, the network touches nearly every U.S. state and territory.

In honor of September as National Preparedness Month and the anniversary of the PPN’s funding announcement, here are some highlights from the network’s first year.

In addition, last week, participants from across the network and its partners gathered for a three-day meeting in St. Louis. A major topic at the meeting was maximizing PPN’s impact through the 10 total children’s hospital hubs.

“Welcoming five more hospitals greatly expands the network’s reach, and also deepens PPN’s expertise in areas such as pandemics, equity, and education,” Macias says. “We’re thrilled about the opportunity to increase PPN’s impact as we work together to improve regional and national pediatric preparedness.”

Learn more about the PPN at pedspandemicnetwork.org.

EIIC: EIIC aims to optimize outcomes for children across the emergency care continuum by leveraging quality improvement (QI) science and multidisciplinary, multisystem collaboration, including by offering products and programs that promote pediatric readiness in prehospital and hospital settings. EIIC’s partnership with PPN extends beyond the Disaster Domain, to include coordinated work on topics such as prehospital-based care and QI collaboratives.  Learn more: emscimprovement.center.

Region V for Kids: One of the two current Pediatric Disaster Centers of Excellence, which are funded by the Administration for Strategic Preparedness and Response (ASPR), Region V for Kids brings together 10 children’s hospitals, along with other private and public entities, to address gaps in pediatric disaster care in a six-state region: Ohio, Michigan, Illinois, Indiana, Minnesota, and Wisconsin. The center’s  participants bring expertise in multiple fields, including pediatric-focused disaster education, and hazard vulnerability analyses. Learn more: emscimprovement.center/domains/preparedness/asprcoe/eglpcdr.