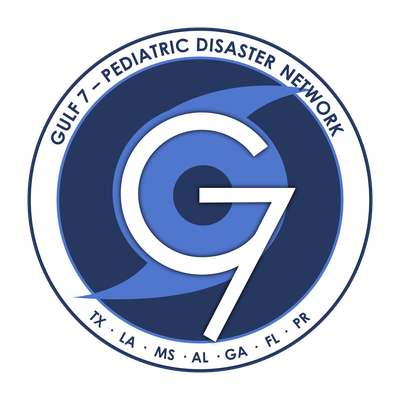 The Administration for Strategic Preparedness and Response (ASPR), part of the U.S. Department of Health and Human Services, has awarded funding for a new Pediatric Disaster Care Center of Excellence led by Texas Children’s Hospital and Baylor College of Medicine.

As with the existing centers of excellence, G7 will work to improve regional capacity to provide pediatric care in large-scale crises and will serve as a hub for disaster-focused education, training, and resource deployment. The new center will also join Region V for Kids and WRAP-EM as core partners in the Pediatric Pandemic Network (PPN).

G7 is led by Brent Kaziny, MD, a leading voice in the pediatric disaster field. In addition to teaching at Baylor College of Medicine and serving as medical director of emergency management at Texas Children’s Hospital, Kaziny co-directs disaster work for the EMSC Innovation and Improvement Center (EIIC) and co-leads PPN’s pediatric surge work.

“When calamity strikes in the form of a natural disaster or mass casualty event, it’s too late to plan for the seamless continuity of care for critically ill children,” Kaziny says. “Through the G7 coalition, we will marshal our clinical expertise and experience to create a proven disaster response model that puts pediatric patients first.”

ASPR funded the inaugural centers of excellence in 2019 as pilot projects. Since then, WRAP-EM and Region V for Kids have spearheaded significant projects in their regions, such as developing and implementing pediatric-focused hazard vulnerability assessments, mental health resources, surge exercises, and toolkits focused on children with special medical needs. Both centers have also supported regional COVID-19 response efforts.

“We’re thrilled to welcome this third center of excellence to the pediatric disaster community,” says Charles Macias, MD, MPH, who co-leads EIIC, PPN, and Region V for Kids. “Dr. Kaziny is an outstanding advocate for kids. With his leadership, G7 will transform care for children in its target region while contributing to nationwide efforts to improve pediatric-focused preparedness and response.”

As Kaziny and the G7 team begin working to lead initiatives throughout and beyond the Gulf Coast region, they will work closely with Region V for Kids, WRAP-EM, PPN, and EIIC, and with multiple other federally funded entities, including the National Emerging Special Pathogens Training and Education Center, the Southern Regional Disaster Health Response System, the Radiation Injury Treatment Network, and Hospital Preparedness Program participants.