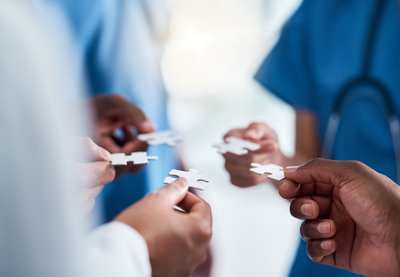 The Health Resources and Services Administration (HRSA) has announced a new award of $9,700,000 per year to fund a five-year grant to establish the Regional Pediatric Pandemic Network. The purpose of the network is to prepare the nation and its children's hospitals to be ready to care for children in everyday settings, disasters, and global health threats.

The network brings together five children’s hospitals, but also creates a network of networks—including the nation’s only two federally funded Pediatric Disaster Centers of Excellence, which are funded through the Office of the Assistant Secretary for Preparedness and Response (ASPR), and the work of the Emergency Medical Services for Children (EMSC) Innovation and Improvement Center, which is funded through HRSA's EMSC program.

The five children’s hospitals are:

The principal investigators for the grant are Charles Macias, MD, MPH, Executive Director of the EMSC Innovation and Improvement Center and Chief Quality Officer at Rainbow Babies and Children's, and Christopher Newton, MD, FACS, FAAP, Medical Director of the Trauma Care Center and Pediatric Surgery Department at Benioff Children's.

“The COVID-19 pandemic is an important reminder of the urgent need for EVERY aspect of our healthcare system to be prepared to care for children every day and in future pandemics and disasters,” says Dr. Macias. “We are excited to begin this important work, much of which will build upon and draw from the current efforts of the ASPR Centers of Excellence and the EMSC program.”

The network of children’s hospitals will serve as a hub-and-spoke model of expertise to support efforts for pediatric readiness and disaster preparedness (including pandemics) by incorporating specific focus areas, called “domains” (such as trauma, equity, analytics, and others), to define best practices as supported by the ASPR, EMSC, HRSA, and other existing workgroups.

More details about the Regional Pediatric Pandemic Network will be available in the coming weeks. To learn about the Pediatric Disaster Centers of Excellence and existing EIIC disaster preparedness efforts, visit the EIIC Disaster Domain page.